The Belfast News Letter reported in 1868 that “The Northern Banking Company have erected a spacious and handsome Bank-house, which will be opened in a short time for the transaction of business.” The first manager on record was George Watson. In 1902 an extension to the left hand side was added by local builder Hugh McManus. Up until 1987, when Robert Morrell retired, the managers lived in the apartment above the bank. Danske Bank acquired the Northern Bank in 2005 and rebranded it as Danske Bank in 2012. The Randalstown branch closed in 2013 and the premises lay vacant for some time before being converted for their present use. 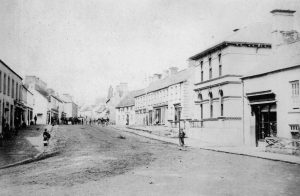 This is the earliest known photograph of the town taken by T Stuart who, according to Bassett’s Directory, was working as a photographer in the Randalstown area in 1888. The Northern Bank is recognisable on the right but the photograph predates the 1902 extension. 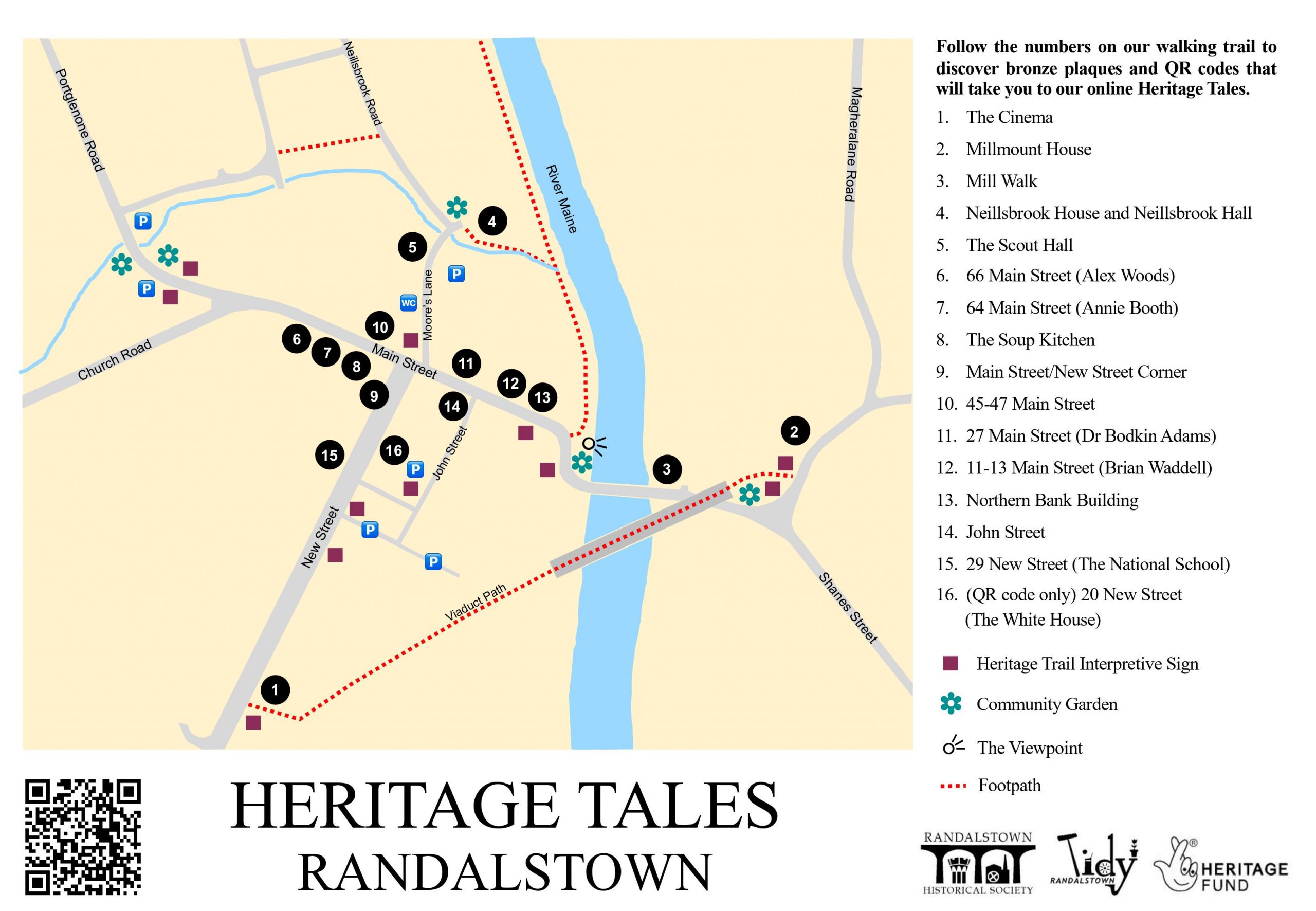