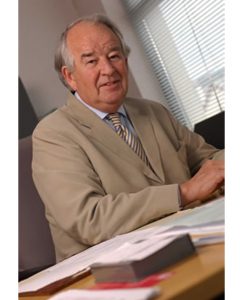 11-13 Main Street was the childhood home of Brian Waddell (1934-2009), founder of Waddell Media. Educated at Ballymena Academy and Queen’s University, Brian worked as a reporter and then a producer for Ulster Television. In 1976, he was appointed controller of programmes at UTV, a post he held until 1988. During that time, he was responsible for iconic programmes like God’s Frontiersmen, as well as for a raft of fine television dramas by distinguished local writers like Graham Reid and Christina Reid.

In 1988 he set up Brian Waddell Productions, one of the first independent television production companies in Northern Ireland. One of his first ventures resulted in Roger Whittaker Live at the Tivoli, recorded in Copenhagen. Gourmet Ireland, presented by Paul and Jeanne Rankin, was another notable example of the lifestyle and leisure programming for which the company developed a strong reputation. The company was renamed Waddell Media in 2005 and, as well as its work for all the main TV channels in Britain and Ireland, it has produced programmes for the Discovery Channel and National Geographic.

Contributing to Brian’s obituary, Richard Williams, chief executive of Northern Ireland Screen wrote, ‘A decade before the rest of the country caught on, Waddell’s was selling its programming all over the world and was at the forefront of creating whole genres of programming,’ while Pat Loughrey, former director of BBC Nations and Regions wrote, ‘Under Brian’s expert guidance, the company forged an identity and a solid production base during fraught and uncertain times for the sector.’

Members of the Waddell family continue to run the company. 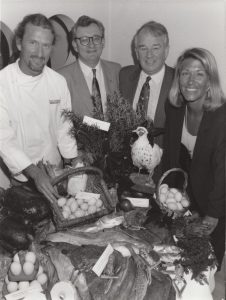