Rev Daniel Curoe, Parish Priest, lived at 29 New Street from 1832 until 1852. He established Randalstown’s first National School, which was grant aided and partly financed by him. The school was erected in 1832 at the top end of the garden to the rear of the house and it opened in May 1833. It was replaced by a new school on the Craigstown Road in 1893 and the old school was demolished in 1902.

Later known as Breda House, the property was owned by the Mawhinney family from 1928 until 1989. W J Mawhinney was proprietor of the Maine Dairy which delivered bottled milk in the area up until 1963. His son Brian was Master of Randalstown Scouts from 1954-1988 and later Chief Commissioner for the Scouts in Northern Ireland.

There is a spring well on the property which was probably discovered by Mr Mawhinney who was a water diviner. The Mawhinney family maintained that the well never ran dry and other people in the town would have depended on it when their own water supplies failed or were contaminated. The presence of the well is recognised in the name of the modern development of dwellings that now stands in the former garden of the property, Springwell Court. 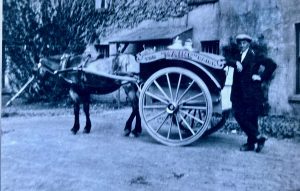 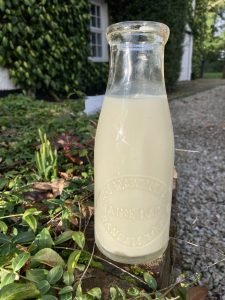