Dr John Bodkin Adams, a Sussex-based doctor who was born in Randalstown in 1899, was tried for murder in 1957 in a notorious case arising from the deaths of several of his patients who also, suspiciously, had bequeathed him significant sums of money and valuable cars in their wills.

John’s father, Samuel Adams, was a watchmaker and jeweller based at 27 Main Street; he was also a Plymouth Brethren preacher. John was named for his mother’s brother, John Bodkin. He studied medicine at Queen’s University and qualified as a doctor in 1921. Through his Brethren connections he was offered a job in Bristol and later joined a GP practice in Eastbourne. There he gained a reputation for being willing to be called out at all hours and built up a clientele of wealthy patients.

Rumours about his dubious practices began to circulate in the 1930s. Some patients were scheduled for expensive but unnecessary operations. He also benefitted from generous legacies left by patients he was treating at the time of their death. One patient bought him a new car and later changed her will, disinheriting her stepchildren in favour of Dr Adams.

His fortunes continued to grow after the War and he was widely considered to be the wealthiest GP in England. Things began to unravel, however, in 1956 when his patient Bobbie (Gertrude) Hullett died and an inquest was held, something Adams had always managed to avoid in earlier cases. The rumours that had surrounded him for years attracted the press who started to look into earlier deaths certified by him, and the hundreds of bequests and legacies. The police also began to investigate.

In December 1956 Adams was arrested for the murder of Edith Morell, who had died under his care in 1950. She had been prescribed large doses of morphine, the cause of her death was recorded as cerebral haemorrhage, a favourite of Adams’s, and he had lied on the cremation form claiming that he hadn’t benefitted substantially from her death. Adams’s lawyers were, however, able to take advantage of the prosecution’s mishandling of the case and place doubt on the evidence of key witnesses. The judge summed up the case in favour of the defence and the jury acquitted him.

It has been speculated that pressure was brought to bear on either the prosecutor or the judge to bring in a verdict of not guilty. This pressure could have come from people of influence locally or might even have had a higher level of political motivation, given the connections of some of Adams’s patients who wanted to avoid involvement in any kind of scandal.

Although he was acquitted of murder, Adams was fined £2,400 for offences involving cremation certificates, prescriptions and failure to keep proper records of dangerous drugs. After the trial Adams was struck off the Medical Register but was reinstated after five years and resumed private practice. He died in 1983 following a fall. 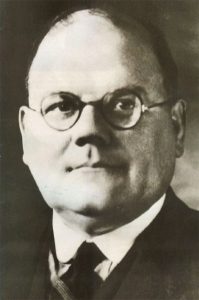 John Bodkin Adams in the 1940s 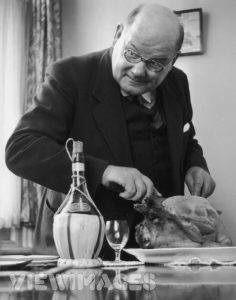 Dr Adams celebrating his acquittal for murder
(Images via Murderpedia)