The date of construction of Neillsbrook house is uncertain but it was the home of Dr Horace Neeson (surgeon) from 1820-1836. It served as the manse for 1st Randalstown Presbyterian Church from 1865-1930. For a time it was the home of the Waddell family before being bought by the Old Bleach Linen Company in 1947 as an amenity for its workers. The outbuildings were converted and extended to provide a works canteen and a recreation hall, Neillsbrook Hall. Dismantled Nissen huts purchased from the army camp at nearby Dunmore were used to construct the roof of the Hall. Charles and Maggie Mulholland lived in Neillsbrook House and were caretakers of the Hall, which became the centre for the Old Bleach Social and Athletic Club. Their son, Desmond, recalls that the house had its own well in the back yard. “The well had a pull and push hand pump in those days and when we were big enough it was our job to turn a lever on the pump to push and pump for about an hour to send the water up to the holding tank in the attic. This was done every day. An electric pump was installed to supply water to the Hall. My job, when I was big enough, was to light and fire the coke boilers which heated radiators in the hall and also the water for the sportsmen to use in the team baths, one for each team. This water was pumped directly from the river and the water in the baths was always brown.”

The Hall hosted a wide range of events including dances, plays, concerts and the display of entries for Agricultural Shows. In 1963, Antrim Rural District Council purchased land belonging to Neillsbrook for housing and in 1967 purchased Neillsbrook House and the remaining land. The Council undertook major repairs to the Hall internally and externally but in January 1972 both Neillsbrook House and Neillsbrook Hall were badly damaged by a bomb and were subsequently demolished. Antrim Borough Council built a new community centre some 300 metres further along the Neillsbrook Road in 1978. 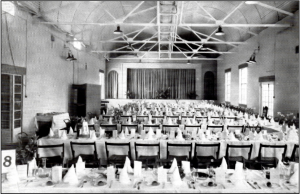 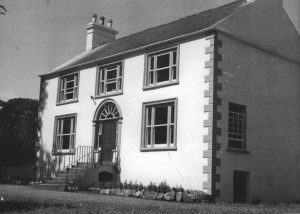